Schedule-Based Control and Management of Production 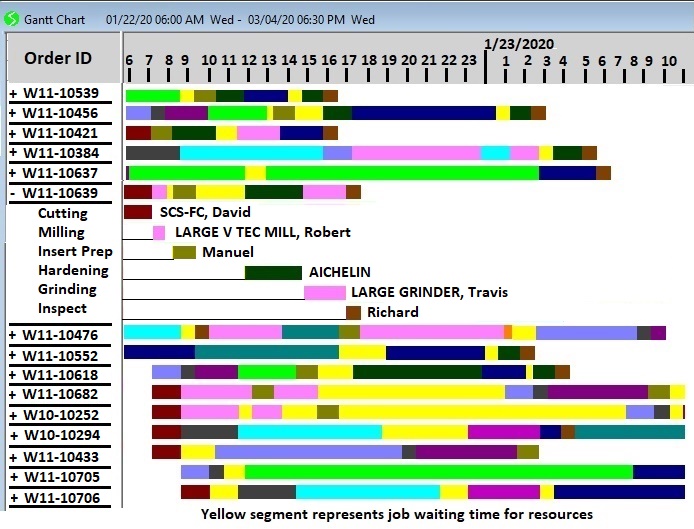 Even though a majority of these tools do not seem to generate good production schedules, most people in high-mix, low-volume production still pursue schedule-based production control and management. This is despite the promotion of other approaches like Pull system (of lean manufacturing), the theory of constraints, Factory Physics, Quick Response Manufacturing, etc. over years for the same purpose. Application of these methods is still uncommon in job shops. Almost all of these methods are reactive in real time whereas schedule-based production control is proactive based on prediction of progress of work orders and bottleneck formations.

In high-variety manufacturing units like job shops, schedule-based production control is still most widely adopted but people discuss least about it publicly. Its widespread application shows how much faith factory people still have in it. Paradoxically, people underestimate the true practical value of scheduling solutions because of several reasons including:

In true high-mix, low-volume (HMLV) manufacturing environment, schedule-based production control is far more effective than any other method when uncontrollable variation in the system is not at a chaotic level. It determines optimal material release times for jobs such that jobs will be completed by respective due dates with minimal production lead times. The summary Gantt chart shown below displays schedules of 114 jobs. Each horizontal line represents schedule of a job. Green colored bars in each line represent scheduled durations of operations and yellow colored bars represent job waiting times for resources. The schedule shown in Gantt chart provides optimal material release times for jobs. 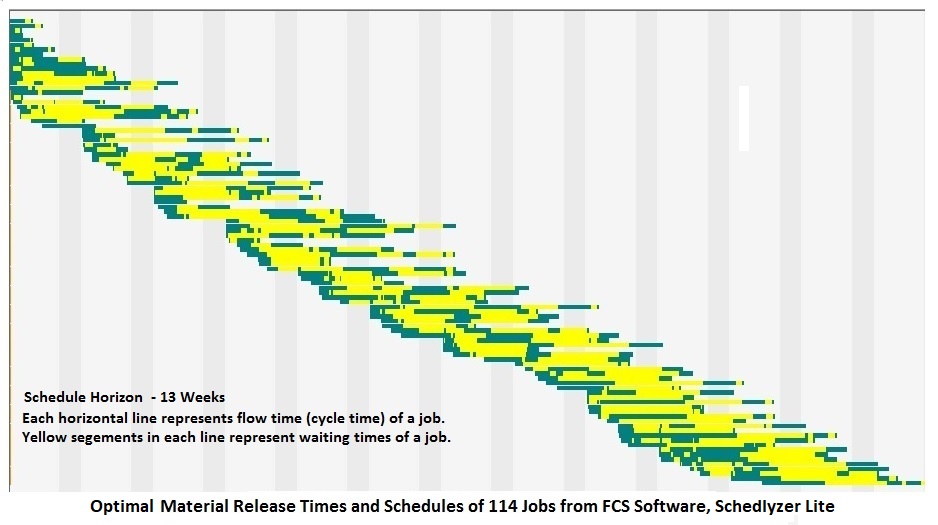